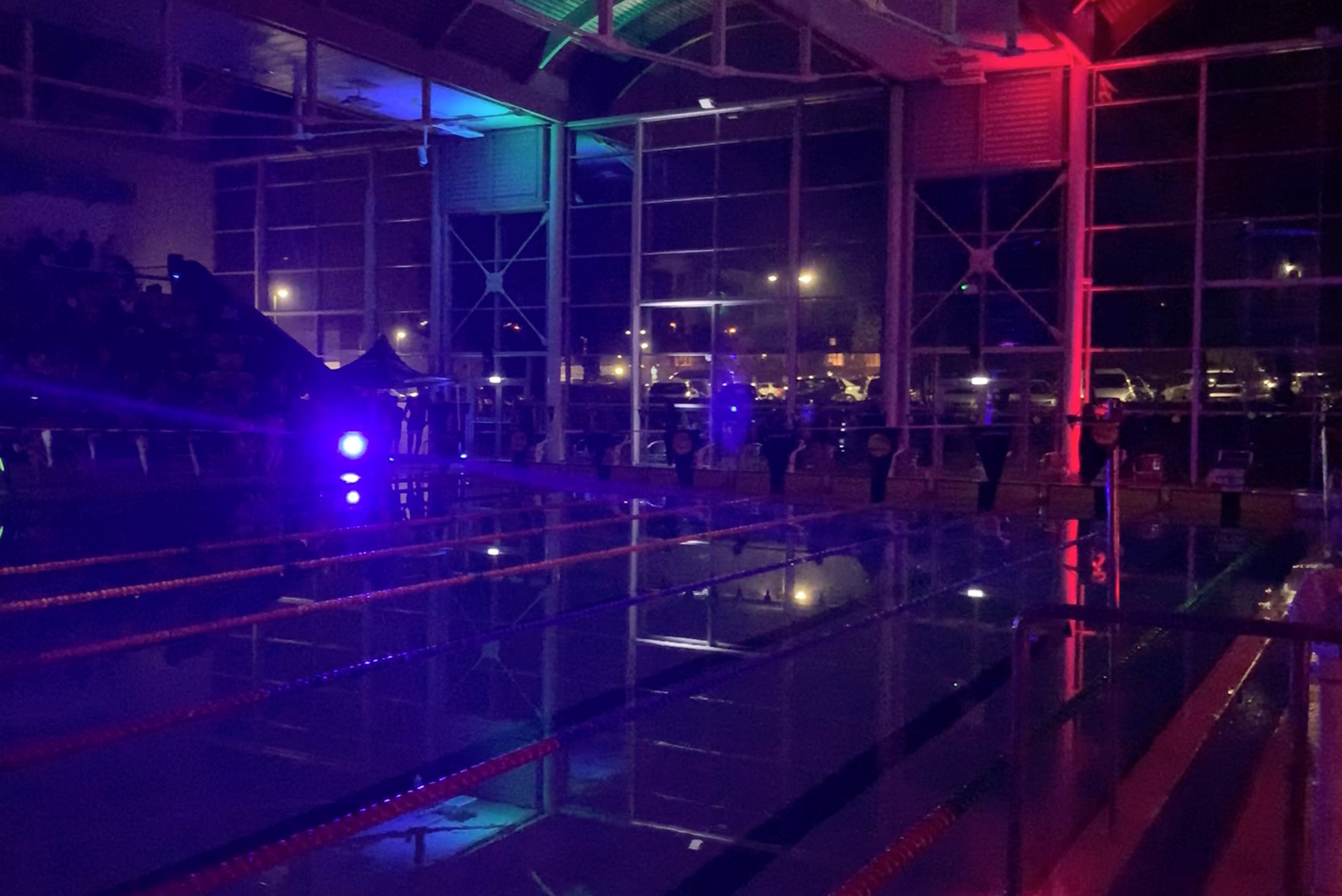 The very last Saturday before Christmas of 2019 saw us travel to Pavilions-in-the-Park in Horsham for Atlantis' first-ever 'Duel in the Pool' event. And what a night it was too!

The idea was relatively simple - a gala that was more ISL-y. But it was more than that - we arrived and were given hats to wear that had been provided by Finis (nice one!). We had pink ones and raced as 'Pink Wizards' in two lanes, whilst Atlantis fielded 2 teams across 4 lanes - the 'Blue Sharks' and 'Black Orcas'. There was a proper parade in the dark with cool uplighting and some excellently chosen music, Andy (Atlantis Head Coach) tells me it was all him but I suspect his daughter, who's in her early 20's, may have played a slight part in that.

We raced, the audience supported loudly. Commentary was taken care of by one of Atlantis' eldest swimmers in tandem with one of ours and they did a great job too. Neither of them had done that kind of thing before but it worked so well as they not only know about swimming, but between them knew every swimmer in every lane of every race.

After we'd finished, we all went in the sports hall, consumed a few christmas nibbles, along with some home made Indian dishes and had a few drinks together. I have to give absolute top-marks to Atlantis Swimming Club and Andy for making it happen.

I hope it's the start of a new era for grass-roots Swimming; more competitions like this would be a very welcome step in the right direction.